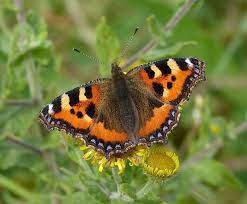 As the nights get lighter and the days get slightly warmer, you will start to see more and more of flying friends appearing in and around your garden.

In 2020 there was estimated to be around 5.5 million different insect species, having around 27,000 living in the UK.

This week’s blog we thought we would put some information together about our top 5 insects you we guarantee you will see in your garden this year. 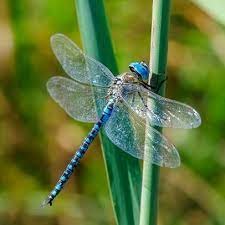 Don’t worry - they don’t bite us. They’re completely harmless, and helpful for humans, as they hunt the pesky insects that bother us.

Dragonflies are the top predators in the insect world, they keep a balance with the insects in your garden and they can eat their whole bodyweight in insects every 30 minutes. (Mostly mosquitoes) 😳

There are more than 5,000 known species of dragonflies, all of which (along with damselflies) belong to the order Odonata, which means “toothed one” in Greek and refers to the dragonfly’s serrated teeth. And we have around 36 species in the UK.

So, the next time that you see a dragonfly in your garden remember that you have a healthy balance of bugs for them to be around.

There are about 5,000 different species of 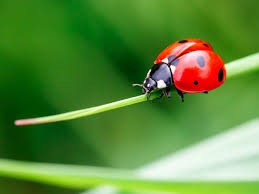 ladybirds in the world, with roughly 46 species known to be resident here in the UK.

They mostly live to around about one year of age and grow up to 1cm. These much-loved critters are also known as lady beetles or ladybugs, and in many cultures, they’re considered good luck.

They come in many different colours and patterns, but the most familiar in the UK is the seven-spot ladybird, which has a shiny, red-and-black body. Most people like ladybirds because they are pretty, graceful, and harmless to humans. But farmers love them because they eat aphids and other plant-eating pests. And boy do they eat – in its year-long life, a single seven-spot ladybird can gobble more than 5000 aphids. 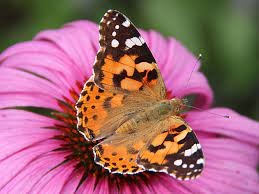 Butterflies are some of the most obvious and beautiful insect visitors to our gardens. 17,500 species in the world and in the UK alone there are about 60 species.

Butterflies have four different life stages. During their short lifetime, they undergo a complete change, or metamorphosis. Each one begins life as an egg, hatches into a caterpillar, pupates into a chrysalis and then emerges as an adult.

Butterflies need warmth to be active and fly, and they need to drink nectar for energy. Provide both, and you’ll have a butterfly haven. Try to plant plenty of different nectar plants that flower throughout spring, summer, and autumn, in a sheltered, sunny spot.

A familiar looking butterfly called the “Painted Lady Butterfly” is a long-distance migrant friend that arrives in the UK in large numbers all the way from Africa, but only in certain years.

The most recent Painted Lady year was in 2019, when many thousands arrived in the UK mid to late June.

Another visitor that you may have seen before is the “Small Tortoiseshell Butterfly” One of the most widespread butterfly specie in the UK.

The Small Tortoiseshell is a very common garden visitor, with its delicate wing pattern in orange, red, black, yellow, and blue, this delightful creature can be seen throughout the year in the UK.

Bumblebees are not to be afraid of and are 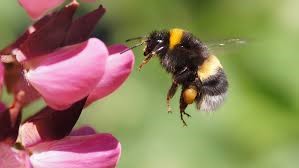 extremely important to us and our gardens, they are not aggressive and would only sting if they feel threatened by us.

These large, hairy bees are generally black with varying degrees of yellow bandings growing up to 22mm long, depending on the species and whether it's a queen, male or worker.

Bumblebees are very social insects, living in colonies of up 200 workers gathering pollen and nectar for the Queen bee to feed to later batches of grubs.

A Queen bee (and no we don’t mean Beyonce) will hibernate underground during the winter. Emerging in Spring to find the next suitable nesting site. Each queen builds a nest of dried grasses when then allows her to lay about a dozen eggs that will go onto to hatching into workers. 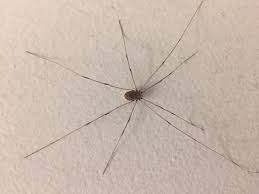 So, these guys are by far the prettiest of insects we have but by heck do they make their appearance known when you’re sitting in the garden of an evening, and you see or should I say hear them flying into your outside light.

Like most insects Daddy long legs are attracted to the light which is why you often see them in your home but mainly you will find them in in damp and dark areas, such as under rocks and logs etc,

Here is a list of some interesting facts about our long-legged legends: 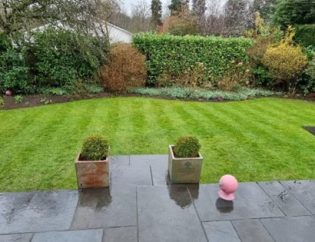 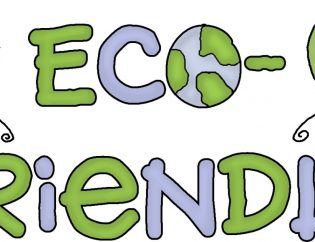